Accreditation and CLE Rules for Mississippi

Attorneys in the state of Mississippi may earn up to 6 hours of CLE credit including 1 hour of ethics using on-demand programs from National Academy of Continuing Legal Education. Credits cannot be carried over from one cycle to the next cycle. Attorneys must self-report completion of CLE.

*Due to the continued issues concerning Covid-19, the Mississippi Supreme Court has ordered that the limit on CLE credit earned though online programs has been temporarily removed. For the 2021-2022 CLE reporting year, attorneys may complete their CLE obligations through online, webinars or live, in-person programs.

SKU: IP4900 Back to Course Listings 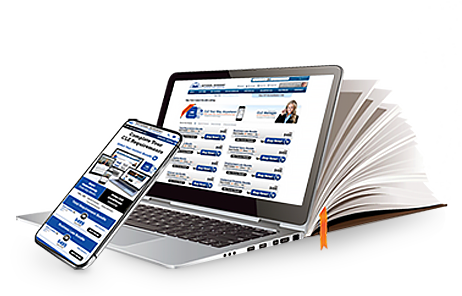 Just about everything we use, watch, buy or sell, photograph or display, perform or copy is an outgrowth of copyright. But what is copyright and how is it defined, described, protected, exploited, and secured internationally and what are the myths surrounding its use, authorized or not; when does it come into effect, why is it established in the first place, and what are the conditions of its establishment and continued existence? If it is property, how does it differ from concrete objects or land?

Peter M. Thall is a veteran of 50 years of practicing law.

A graduate of Columbia University and The National Law Center of The George Washington University School of Law, Mr. Thall has represented the interests of many of the world’s greatest artists - - from Graham Nash to Simon & Garfunkel. Barry Manilow, The Average White Band, ABBA, Ric Ocasek and The Cars, Hall & Oates, Foreigner, Pat Benatar, Miles Davis, The Irish Tenors, to the world-renowned Soprano, Anna Moffo, Violinist Hilary Hahn and multiple classical music composer legends such as Gian Carlo Menotti and the late Julius Eastman who is credited with “inventing” minimalism.

The third edition of his book What They’ll Never Tell You About The Music Business: the Myths, the Secrets, the Lies (& A Few Truths) was published in August, 2016, by Watson-Guptill, an imprint of Random House.

Mr. Thall is a frequent contributor to the print and visual media, is often quoted in the international press and has appeared innumerable times on television news programs as an expert on such issues as the responsibilities, dangers and legal consequences of using pyrotecnics in live performances, celebrity endorsements, copyright law, the music business and its formidable challenges in the digital era, and the First Amendment.

During his career, Mr. Thall and his professional associates have specialized in all areas of entertainment law and intangible rights - - with particular emphasis in music, film, theater, television, book publishing, merchandising and endorsements, fashion, design and photography. His clientele has always encompassed a wide variety of artists at the top of their professions, including directors, producers, authors, actors, both popular and classical music songwriters, performers and recording artists, music publishers, fashion models, photographers, designers, dancers, choreographers, and theatrical composers and writers.

Among his areas of expertise are: Copyright Law; Executive Employment and Compensation agreements; and all transactions generated in the domestic and international music publishing and recording fields, including the sale and purchase of major music publishing catalogues.