The National Academy of Continuing Legal Education is an Accredited NYS CLE Provider. The NY CLE Board maintains an Accredited Provider directory on their website. You can find us listed on the most recent directory at http://www.nycourts.gov/attorneys/cle/aplist.pdf.

Experienced NY are required to take 24 credit hours every 2 years including 4 credit hours of Ethics and 1 credit hour of Diversity, Inclusion and Elimination of Bias.

*COVID-19 Update: In response to concerns related to the spread of the COVID-19 Coronavirus the NYS CLE Board has temporarily suspended the live in-person requirement for Newly Admitted attorneys. You now have until 12/31/2022 to earn both your Skills and Ethics credits through our livestream webinars. You can see the official notice about the temporary live requirement exception here.

Newly admitted attorneys are required to take "transitional” courses (designed to help them develop a foundation in the essential skills to practice law) 16 credits each year for the first two years following their admission to the Bar. The 16 credits must consist of 3 Ethics credits, 6 Skills credits, and 7 Law Practice Management (LPM) or Professional Practice (PP) credits. Newly admitted attorneys must complete their CLE requirement in a format permissible for the category of credit.* For more information please click here.

Newly admitted attorneys can satisfy all 16 credit hours with us using our on-demand PP & LPM courses and our Live Webinar Skills and Ethics courses. You can see our Bridge The Gap options here: NY BTG CLE.

Newly admitted attorneys must complete each of their two 16 credit requirements by the first and second anniversaries of admission respectively.

New York attorneys must report that they are CLE compliant on their biennial registration form and must retain proof of compliance for a minimum of four years. National Academy of CLE issues a NY CLE Certificate of Attendance for all CLE activities as proof of compliance and we store the certificate in your CLE Account indefinitely.

Biometrics in the Workplace

SKU: EMPL8400 Back to Course Listings 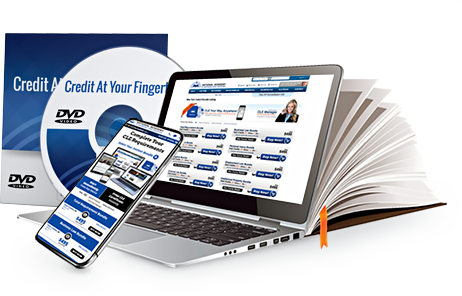 Biometrics refers to physiological characteristics that can be used to identify people ranging from fingerprints, to retina recognition, and from speech recognition to electro-physiologic characteristics such as heart or brain waves. Employers have begun to use biometric characteristics to identify employees and control access to premises, computer systems and even vehicles. Employees who object to the use of their biometric data have begun to bring claims based on a variety of legal theories, and some states have passed legislation limiting employers in their ability to capture and use such data. This CLE session will address: (1) what are biometrics; (2) how are they being used in the workplace; (3) what types of claims have employees been able to assert; and (4) what statutory claims are emerging.

*This course qualifies as a Transitional course and can be taken by both Experienced and Newly Admitted attorneys in NY.

Jeffrey I. Pasek is a member of Cozen O'Connor and a former chair of the firm's Labor & Employment Group. He concentrates in representing management in all facets of labor and employment law such as litigation and counseling on wrongful discharge and employment discrimination claims, maintaining a union-free environment, collective bargaining, occupational safety and health, whistleblower claims, wage and hour, affirmative action compliance, workplace torts and employee benefits litigation.

Called upon regularly as a course planner and speaker in continuing legal education programs, Jeff has served as a speaker on labor and employment law and on legal ethics for such groups as the Pennsylvania Bar Institute, the American Arbitration Association, the University of Pennsylvania Law School Center of Professionalism, and the American Bar Association Labor and Employment Law Section. On behalf of the ABA Labor and Employment Section Committee on Equal Employment Opportunity Law, Jeff served as regional liaison and helped train lawyers and investigators from the Equal Employment Opportunity Commission.

He is active in the Pennsylvania Chamber of Business and Industry, where he has served as a member of the executive committee of the board of directors, and chairman of the Industrial Relations Committee, Government Affairs Committee, and Candidate Selection Committee of the Chamber’s PAC. He has been selected as a Pennsylvania "Super Lawyer" by his peers each year since 2005, appearing in Philadelphia magazine and Pennsylvania Super Lawyers. Jeff was also named to the 2008 edition of The Best Lawyers in America.

Jeff is admitted to practice in Pennsylvania, New Jersey and New York, and has tried cases and argued appeals in the federal courts throughout the United States, including before the U.S. Supreme Court.

Jenny represents management’s labor and employment interests for a diverse client base of employers in the finance, higher education, health care, and manufacturing industries, among others.