Accreditation and CLE Rules for Illinois

National Academy of Continuing Legal Education is an Accredited CLE Provider in Illinois. The MCLE Board of the Supreme Court of Illinois maintains an Accredited Provider directory on their website. Illinois attorneys can satisfy their entire CLE requirement with NACLE using our DVDs, Audio CDs, Online & iOS/Android App formats.

The MCLE Rules require the completion of 30 hours of CLE activity in a two-year reporting period. An attorney’s reporting period depends on the first letter of the attorney’s last name as it appears on the master roll of attorneys. Illinois attorneys with last names beginning with A-M are due on June 30 of each even numbered year and attorneys with last names beginning N-Z are required to complete their requirement on each odd numbered year.

Attorneys must certify their CLE compliance to the MCLE Board of Supreme Court of Illinois. NACLE reports each month's credits on the 15th of each month to the MCLE Board for tracking and auditing purposes. The Certificate of Completion issued by National Academy may be used to verify attendance. Up to 10 hours, including professional responsibility hours may be carried over to the next reporting period.

The deadline to report is 31 days after the end of the attorney's reporting period. Attorneys must report compliance online.

SKU: EST1100N Back to Course Listings
General Credits
2.5
$125
This course is only available in CD/DVD format. 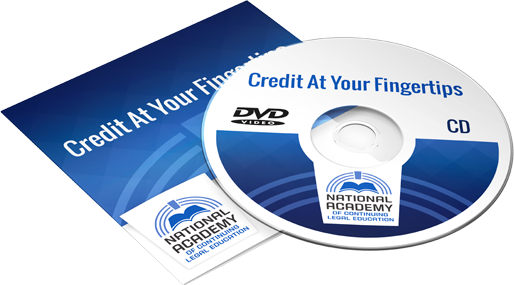 As always, we can overnight your order within the same day.

Most of our courses are also available for online streaming. Browse for more courses.

Learn the basic requirements for drafting wills and simple trusts and become familiar with the requirements of a number of different types of documents.

Ms. Kenny is a frequent lecturer for bar associations and other continuing legal education programs on issues pertaining to adult guardianships. She has participated as a faculty member for training programs and seminars on conservatorships under the repealed Article 77 of the Mental Hygiene Law and adult guardianships under Article 81 of the Mental Hygiene Law, approved by the Office of Court Administration, in accordance with Mental Hygiene Law §§ 81.39 and 81.40, offered by various bar associations and organizations, including the New York County Lawyers' Association, the Bronx Bar Association, The New York City Bar, and Practising Law Institute. She has participated in panel discussions regarding physician-patient privilege, offered by the Elder Law Section of the New York State Bar Association, and practical issues confronting lawyers in Article 81 proceedings, offered by the Women's Bar Association of the State of New York.

Mr. O'Neill is a member of the American Bar Association (Sections on Real Property, Probate and Trust Law and Litigation), the New York State Bar Association (Sections on Trusts and Estates Law, General Practice, Chair-Elect and Elder Law) and the New York County Lawyers Association (Estates, Trusts and Surrogate's Court Practice Section, Co-Chair 2001-2005). He has lectured frequently at various bar associations and written on matters involving drafting and administration of Wills and trusts.

John J. Reddy, Jr. is a partner in the Law Firm of Bekerman & Reddy, LLP. Mr. Reddy received his JD from New York Law School where he was an Articles Editor for The ABA Journal HUMAN RIGHTS. He received a B.S. from Fordham College. Mr. Reddy has been associated with the Counsel to the Public Administrator of New York County since 1979 and has served as Council to the Public Administrator since 1996.

Frank R. Rosiny is a 1964 graduate of the Columbia University School of Law and a member of the bars of New York, New Jersey and Florida. He practices in Manhattan with his brother under the firm name Rosiny & Rosiny.

He has been a member of the American Bar Association's House of Delegates, chaired the Commercial Law Committee of its General Practice Section, and served as ABA advisor to the Commission on Uniform State Laws.

As an adjunct professor of law for 25 years, Mr. Rosiny taught the required course on professional responsibility at two of New York City's law schools: beginning in 1977 at New York Law School and, thereafter, at Brooklyn Law School. His published writings include articles on New York civil practice, as well as professional issues and standards.

Mr. Rosiny has represented respondents in disciplinary proceedings and applicants for admission to the bar. He has also testified as an expert in the field of legal ethics and is a frequent lecturer to practicing lawyers.

General Credits
2.5
$125
Available in
Other Courses By These Instructors