Accreditation and CLE Rules for Hawaii

Hawaii attorneys must take 3 CLE credits per year. Every third year, at least 1 of the 3 credit hours must be in Ethics.

The compliance cycle is from Jan 1st through Dec 31st. Hawaii attorney annual registration must be completed and submitted by December 31st each year.

Hawaii attorneys can earn all 3 CLE credit hours with us including 1 credit of Ethics with our prerecorded programs using our Online & iOS/Android App courses.

Attorneys may carry over 3 credits into the next reporting period. Ethics credits cannot be carried over.

SKU: EMPL5800 Back to Course Listings 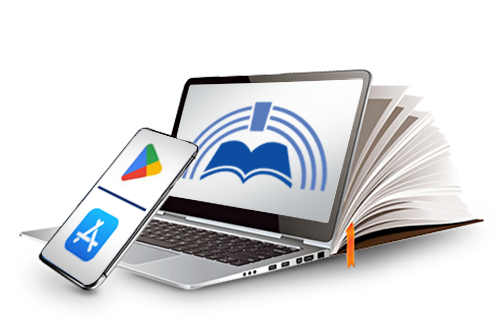 With a number of high-profile workplace shootings being reported, employers have begun asking with greater frequency what should they do to prepare their company and employees for such an event. As an employer, what are your legal responsibilities if a shooting occurs in your workplace or at a company-sponsored or sanctioned event? For you and your employees, what are the recommended survival strategies? Are employers obligated to offer survival training? Are employers liable if they don't? These questions and many more will be addressed.

Mark W. Smith is the founder of Smith Valliere PLLC. Having worked as a trial lawyer and business attorney for over a decade, Mr. Smith's courtroom accomplishments have captured the covers of The New York Times, Wall Street Journal, New York Law Journal and have been reported in every major media outlet. The media calls Mr. Smith "a powerhouse lawyer," a "rising public intellectual," "a high-stakes, high-profile Wall Street litigator" and "one of the fastest rising legal stars in the country." Mr. Smith is also a New York Times bestselling author of four books, a former professor of law, and frequently appears as an expert legal commentator throughout the national media.

After graduating from the New York University School of Law, Mr. Smith clerked for a federal trial court judge. Upon the completion of his clerkship, Mr. Smith joined Skadden, Arps, Slate, Meagher & Flom LLP in New York City. From there, he joined the high profile, nationally recognized law firm of Kasowitz Benson Torres & Friedman LLP where he was a full partner for several years.

Mr. Smith has frequently appeared as an expert legal analyst throughout the national media and appears regularly on CNN, the Fox News Channel, MSNBC and CNBC. He has also been the subject of numerous articles in The New York Times, the Wall Street Journal, the New York Post, the Weekly Standard, the Washington Times, the New York Observer, the National Law Journal, Slate, The Hill and ABC News' The Note.

Mr. Smith has achieved an AV Preeminent Lawyer ranking by Martindale-Hubbell, which is the highest ranking available for an attorney. Mr. Smith's professional and personal accomplishments earned him an Alumnus of the Year honor from the University of South Carolina's Honors College and a Lifetime Achievement Award from the Bronx, New York Conservative Committee.

Born in Maryland and raised in Vermont, Mr. Smith played semi-professional baseball in the Northern League for the Saxtons River Pirates. He then went on to receive a Bachelors degree in Economics from the University of South Carolina where he was a member of the All American Debate Team. He graduated Phi Beta Kappa.

General Credits
1
$50
Available in
Other Courses By These Instructors